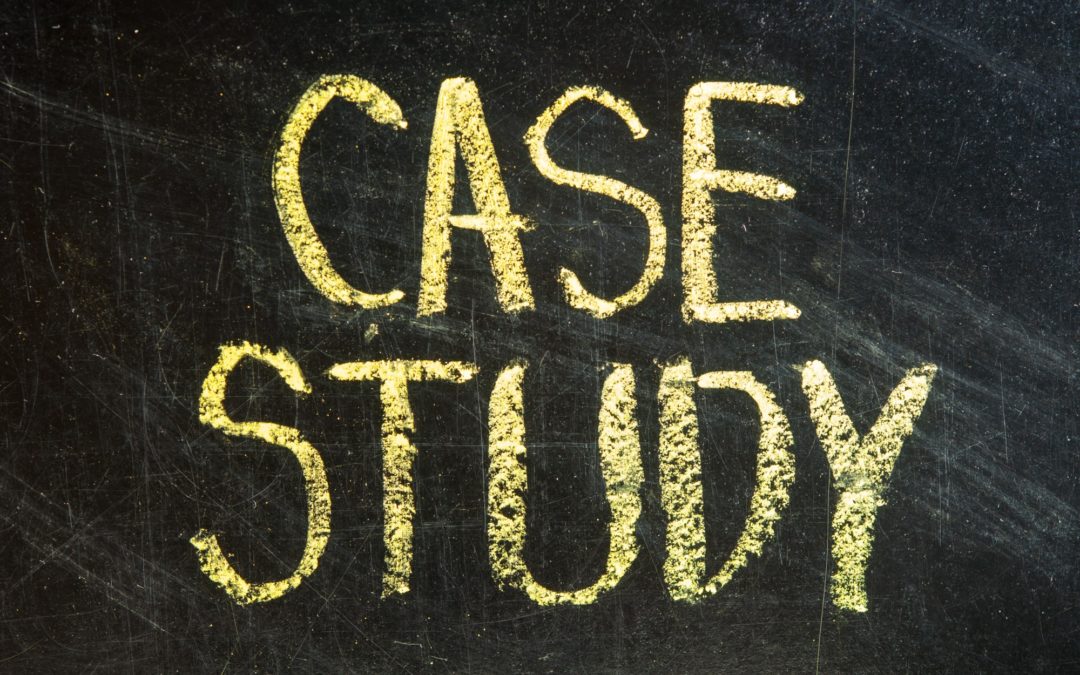 During the methamphetamine manufacturing process, chemical compounds become airborne (volatilised) and settle out, depositing onto walls, into heating/cooling units, ceilings, appliances, floors, carpets, and other typical household items throughout the building’s interior. In addition, chemicals used to make the illegal drugs may be spilled during handling or during the manufacturing process. The presence of these chemicals may pose health threats to building occupants and potential liability to property owners.

Twenty-eight states regulate clandestine drug lab decontamination (in some form) of properties affected by the illegal manufacture of methamphetamine and for owners to have their property declared “fit for use” after being decontaminated. Although the decontamination process described by regulation differs somewhat state to state, there are standard methods to remove residual contamination from building interiors and standard methods to demonstrate that appropriate cleanup standards have been met via sampling and laboratory analyses. Decontamination activities pose the risk of potential exposure to hazardous substances and chemicals. Only certified clandestine laboratory contractors should offer services for the assessment and remediation of contaminated properties.

There are very few chemicals that can be used to completely destroy the meth molecule and can be very dangerous when not handled appropriately. They can also cause more damage to the property (corrosion). Also, there are no data regarding the affects these chemicals have on the other contaminants involved. In short, you do not know what is being left behind. In most cases, these chemicals will only break enough of the bonds of the marker (meth molecule) to render the meth non-detectable at the lab.

Garbage on a cleanup site

Meth Lab Cleanup Company conducted a post-remedial assessment of the residential property located at ABC Street, Pleasantville, OH for Ms. Claudia White. Of course identities and names of people and products in this case study have been altered in many cases. Services were provided at the request of the client to determine if the property has been decontaminated by a local contractor according to industry standards (the state where the residence is located is not yet regulated). The assessment was performed by certified clandestine drug lab technicians on January 14, 2013.

Chemical residue on the ceiling

According to the information provided to Ms. White by Mr. Brown and confirmed by contract, Grandma’s Secret Recipe/MightyMight was applied to all exposed surfaces by high-pressure spraying and foaming in the interior of the structure. It was also “fogged” into the central heat system ducting. Application of the product began Dec. 20, 2012. The product was first applied to the upstairs and half of the main level of the residence. According to Ms. White, Mr. Brown’s equipment then malfunctioned and the application stopped. The crew returned to the property on Jan. 6, 2013 to apply the product to the other half of the main level, the basement and the HVAC duct work.

Evidence of the Grandma’s Secret Recipe/MightyMight chemical still remained, jelled on the walls, ceilings and fixtures; approximately 32 days after the initial application, 15 days after the second application (yet to be removed). Chemical residue remains on all horizontal and vertical surfaces throughout the structure. The chemical layer on the floors made it difficult for the technicians to walk the interior; the application has created an Occupational Safety & Health (OSHA) slip and fall hazard. Paint is beginning to peel from the walls due to both over saturation and the standing chemical. A warning on a distributor’s website states “Depending on the condition of the drywall or plaster painted surface after applying Grandma’s Secret Recipe some areas could bubble or blister. Most do NOT do this, but drywall or plaster with cheap paint could result in some minor drywall repairs after the application of Grandma’s Secret Recipe.” In all states that regulate clandestine drug lab decontamination, at least a two-cycle detergent washing and rinse process is required on all surfaces (most states require three). For example, Utah Administrative Code, R392 (12): “Cleaning Procedure. For all items, surfaces or materials that are identified as easily cleanable and for which the work plan indicates they will be decontaminated on site, the decontamination specialist or owner of record shall wash them with a detergent and water solution and then thoroughly rinse them. This procedure shall be repeated at least two additional times using new detergent solution and rinse water. The decontamination specialist or owner of record shall test all surfaces where decontamination on site has been attempted to verify compliance with the decontamination standards in R392-600-6(2) and R392-600-6(3).”

As stated on the distributor’s website, “After one-hour dwell time, Grandma’s Secret Recipe is removed with fresh water.” It was evident to the Meth Lab Cleanup Company technicians that the surfaces “treated” with the chemical were not rinsed. The chemical product streaked through residue (both filth and potential drug production related) on the walls creating black stripes. Yellowish bubbles were dripping and congregating on the ceilings and other surfaces. It is also evident that high energy particulate air (HEPA) vacuuming did not take place prior to the treatment (an industry standard). In addition, the sheetrock in the painted rooms was not removed prior to the chemical application; a standard practice for areas where contamination has been encapsulated. Meth residue has been shown to migrate through painted surfaces; dependent on the type of paint and the application process.

The majority of state regulations require detergent washing and rinsing of all structural components (industry best standards and practices). This is a successful and proven method for the safe and effective removal of methamphetamine and other chemical residues associated with the manufacturing process. There are up to 67 known chemicals which can be utilized in three predominant methods of manufacture of methamphetamine and other illicit drug compounds. Neither the patent holder, manufacturer, nor any of the distributors have provided scientific data to support the claim that Grandma’s Secret Recipe/MightyMight addresses clandestine drug lab contaminants; most of which are Hazardous Material Class Substances and/or methamphetamine, a Schedule II Substance.

Heat vents were not cleaned prior to the chemical application; dust and debris, including a coiled wire remain within. As stated prior, Grandma’s Secret Recipe/MightyMight was fogged into the duct work. This product has not been approved by the Environmental Protection Agency (EPA) for this type of application. Chemical biocides are regulated by EPA under federal pesticide law. “A product must be registered by EPA for a specific use before it can be legally used for that purpose. The specific use(s) must appear on the pesticide (e.g., biocide) label, along with other important information. It is a violation of federal law to use a pesticide product in any manner inconsistent with the label directions.” No biocides are currently registered by the EPA for use in internally-insulated air duct systems.

The technicians also confirmed during their onsite inspection of this site that there did not appear to have been any preliminary cleaning of the residence prior to the introduction of Grandma’s Secret Recipe/MightyMight. Photographic evidence clearly shows window sills, counter tops, floors and other surfaces were not swept or vacuumed of dust and debris. The product was clearly applied to ALL surfaces – over debris. Also, the photos clearly show the access points of the heat system, i.e. exhaust vents, were not cleaned or vacuumed prior to the illegal introduction of the product into the system.

The site was evaluated using test procedures appropriate for the site of a clandestine methamphetamine manufacturing laboratory. The survey included an evaluation of the floors, walls, ceilings and other various surfaces within the functional spaces of the unit for methamphetamine surface contamination and visible or identifiable areas of chemical staining or contamination. Substrate testing was performed by surface wipe sampling. Samples were collected from distinct 100 square centimeter (100 cm2) sample areas of the floors, walls and ceilings of the residence. The clandestine drug lab technician preserved and handled all samples in accordance with a method equivalent to the principals outlined for volatile organic and semi organic compounds in EPA Method 8270D. The sampling media was then placed in a lab supplied plastic sampling vial, sealed, labeled individually, and stored until shipment to the certified laboratory for analysis.

According to the National Jewish Medical and Research Center (NJMRC), Grandma’s Secret Recipe/MightyMight likely oxidizes the methamphetamine present into another compound. The use of known oxidizers has been banned in many regulated states because of the potential for “masking” the marker (meth).

The manufacturer/distributors’ claim Grandma’s Secret Recipe/MightyMight has the ability to “completely neutralize” the marker (meth). Neutralization is a general description that in this claim means “complete oxidization” – which equals combustion. This means that “complete neutralization” would imply Grandma’s Secret Recipe/MightyMight has the ability to achieve complete bond disassociation of the meth molecule (C10H15N). The manufacturer/distributors have not provided any laboratory data to support this claim. There is a strong probability that the bond disassociation was limited to only a small percentage of the molecule, rendering it non-detectible by industry standard analysis at the laboratory. Partial oxidization is likely and the probability that contamination remains, is high.

Again, the manufacturer has not provided any scientific data to substantiate its claim of complete neutralization nor have they provided any scientific data to show that any remaining constituents of the molecule are safe or healthy. Therefore, a “non-detect” post sample result after use of the product is not defensible and does not render a site “fit for use” under current standards and practices of the industry. Additionally, methamphetamine is not a biological organism but is in fact a double bonded carbon based molecule with an inherent resilience based on its composition. This is, in part, why it is the chosen marker in regulated states.

The NJMRC also confirms the application and residue hazards of Grandma’s Secret Recipe/MightyMight. “Although the use of these oxidizing compounds, especially the quaternary ammonia compounds, resulted in a significant reduction in the amount of methamphetamine present, there are concerns regarding the use of these compounds. Individuals using these compounds must realize that the compounds can be very toxic when used in a confined space. Pulmonary problems have been reported when these products are used in a confined space. In addition, it is not known what by-products, if any, are left behind after the use of these compounds. Chlorine can combine with organic materials to form compounds that can result in further contamination of the residence. Until the by-products for this type of treatment can be determined, widespread use of these materials should be limited.”12

And conclusively, laboratory analysis of the samples taken after the “neutralization” event demonstrated that almost all of the surfaces sampled in the identified functional spaces remain above the most recognized meth residue remediation standard of 0.10 ug/100 cm². Based on the information available and presented in this report, the site remains subject to the clandestine drug lab decontamination requirements contained in regulated states.

Decon Systems are a training and consultancy company that specialises in educating and raising awareness of methamphetamine contamination and clandestine drug lab clean up. We also offer certified technicians the proven Neutrasol Meth Decontamination System cleaning products for purchase.