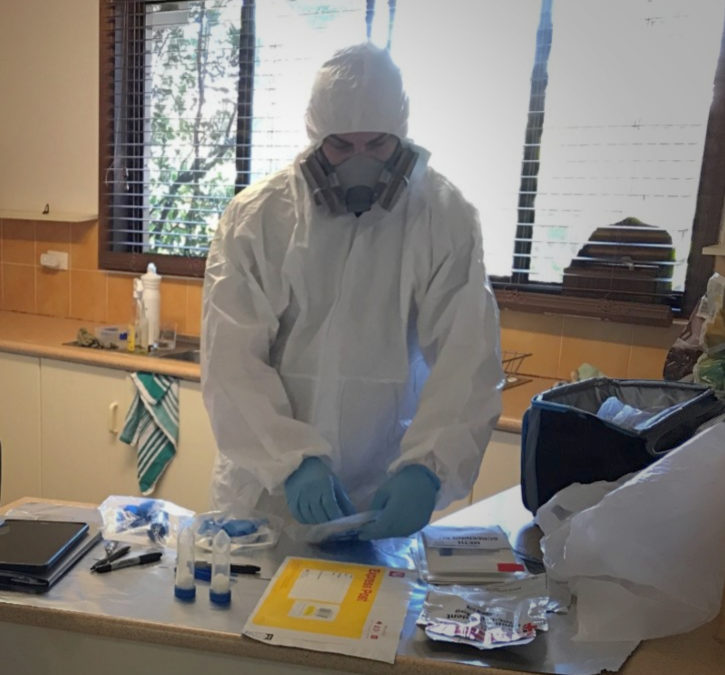 The move to test if houses have been used as drug labs, or had residue from meth use, would be an Australian first, according to the Real Estate Institute of Australia.

Compulsory testing will be raised in a review of the Residential Tenancies Act, with a consultation paper expected to be released in coming months.

Any legislative reform is likely to take two years, if introduced.

Consumer Protection WA property industries director Phil Payne said that under the current industry code of conduct, sellers and property managers must disclose “if there is knowledge of prior meth activity” in the residence.

“However, if there is no prior knowledge then there is no basis for a property owner or real estate agent to have the property tested,” Mr Payne said.

Meth Tests Australia director David Bryce said his company began inspecting Perth properties three years ago to determine if they were former drug labs or had contamination from meth use.

He charges about $100 to conduct testing in a small house, and about $150 for a typical four-bedroom home.

“From the evidence we’ve seen with rental properties, there’s no way people should be expected to go into a home that hasn’t been tested,” Mr Bryce said.

“Families have had younger children moved into a rental home which hasn’t been tested and their children have become affected.”

He said he had seen damage bills of more than $100,000 for some properties.

“You need to know, before the tenant goes in, that there’s no contamination, and then when the tenancy is finished test it again to make sure the tenant is liable for the costs,” he said.

The Real Estate Institute of WA does not support mandatory testing in either rental properties or properties for sale.

REIWA deputy president Lisa Joyce said property agents are already required to disclose if there was a known history of meth use, and testing would be an unnecessary expense.

“Drugs on properties is not a new problem to the property industry and it’s a problem we’ve managed very effectively for many years,” she said.

“I think [mandatory testing] creates cost for property investors, it creates an impost on the industry, time for property managers to implement, and I don’t think there’s any evidence to support it’s necessary.”

There are differing opinions on whether exposure to houses previously used as drug labs or by meth users can affect the health of new tenants.

The National Drug Research Institute’s Professor Nicole Lee said that while there were health consequences for drug users, she was not concerned by unintended exposure to meth.

“There is very little evidence that if you move into a house, for example where someone has been smoking there, that you’d have any negative affects at all because there’s just not enough chemicals that have gone anywhere,” she said.

“They can be quite dangerous.”

She is now continuing her research and said she found signs that innocent tenants were affected.

“It would not send you to hospital, but these are health effects that absolutely affect your day-to-day living,” Dr Wright said.