No Compulsory Testing for ACT Rentals 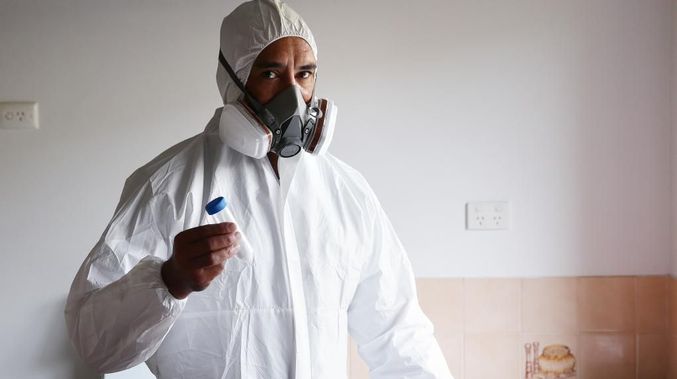 The ACT government does not intend to introduce compulsory methamphetamine testing for rental properties, despite specialists in decontamination reporting an increased workload as more houses are found to be affected.

Western Australia’s government is set to consider mandatory testing, in an Australian first that would protect landlords from clean-up costs and prevent new tenants moving into a home that could have negative impacts on their health.

An ACT government spokesman said the situation in Western Australia would be monitored “with interest”, but the territory government’s current priority was reforming residential tenancy laws to provide more security to renters in their tenancies.

However, decontamination specialists say the scourge of ice is reaching an ever-increasing number of properties in Canberra and the surrounding region.

One such example came to light on Friday morning, when police arrested a man after allegedly finding a “fairly sophisticated, established” clandestine methamphetamine laboratory at a Mawson home.

“It’s not just houses, either. It’s hotel rooms, cars, factories that have been sublet.”

Mr Norris said property owners, managers, tenants and insurance companies were all becoming increasingly aware of the potential for methamphetamine to contaminate properties.

He said the cost of remediation generally ranged from $15,000 to $100,000 because properties often had to be stripped bare.

In Australia, properties with a methamphetamine contamination level above 0.5 micrograms per 100 square centimetres are considered uninhabitable.

Mr Norris said properties that had been used as meth labs often returned a level of more than 20 micrograms per 100 square centimetres, but most of the properties he dealt with had been contaminated by recreational ice users rather than manufacturers.

“Five years ago, you would walk into a property and you wouldn’t even give it a thought,” he said.

“There would be thousands [of undiscovered meth-contaminated properties] in Canberra.

“I think the problem’s only going to get worse before it gets better.”

Mr Norris’ comments come after the National Criminal Intelligence Commission’s wastewater analysis, published in February, found methylamphetamine remained Canberra’s most popular illicit drug. Also known as ice, about 22 doses of the drug were taken per 1000 people each day when the analysis was conducted in August 2018.

“Shake-and-bake” set-ups are faster, cheaper and simpler than more traditional methods of manufacturing methamphetamine, and require as little as a two-litre bottle, a few handfuls of cold tablets and some noxious chemicals.

But several other hefty costs were associated with methamphetamine contamination.

“Depending on the level of contamination, [residues] can get into the paint and the gyprock.” Mr Marsden said.

“Sometimes you have to strip the place completely. The insulation’s usually contaminated, the air-conditioner has to go, you need to do a full repaint and your carpet, timber or laminate floors might have to go as well.

“The cost of the clean-up could be as much as having to do a refit of the place, so you’re basically looking at the whole thing being double [the decontamination charge].”

Homes contaminated by methamphetamine can cause adverse health effects, with younger people at the greatest risk.

A 2017 report published by the US Centers for Disease Control and Prevention looked at the impacts on a family of five who moved into what they later learned was a former meth lab in rural Victoria.

“All family members experienced adverse health effects while living in the home,” the report said.

“The most serious health effects were reported in the youngest child (a boy aged seven years) and included development of asthma-like symptoms, trouble sleeping, and behaviour changes.”

All five members of the family had sore and watery eyes as a result of living in the house.

The seven-year-old had skin rashes, while his eight-year-old brother developed asthma and his 11-year-old sister became irritable and had trouble sleeping.